go back to map

The MLT has been exploring ways to acquire more land in the environmentally sensitive area of Brandt Island Cove and we have contacted several of the landowners there. In the fall of 2021 Mr. Hector Margeson, Jr., contacted us offering to donate two acres that had been in the family for over 100 years. Mr. Margeson requested that we accept the donation in memory of his son, Faron, who passed away in April, 2021. Faron had been raised in Acushnet and lived in Fairhaven but enjoyed visiting the wooded property near Anchorage Way. This picture of Faron was taken by his wife, Joann Ruszel-Margeson, on his final visit to the property.

While Mr. Margeson stated that the property had been in the family for over 100 years, our inspection of the deeds raised a question. While William Margeson purchased the property in July, 1912, he subsequently sold it to William Hulme of Fairhaven in July, 1930. The parcel was later purchased by Hector Margeson, Sr., in December, 1941. This transfer of ownership confused us so we asked Mr. Margeson about it and about the house that had stood on the property at one time. His explanation follows:

There was a house on the property in earlier times. There also was a small barn that contained the most beautiful still that one could imagine. All shiny and bright copper and brass. It was quite a sight for us kids. That was the reason my grandfather bought the place back in 1912 . . . the still.  We also had our little shack out back. The property never really left the family. William Hulme was my father’s uncle.

Here’s the story as told to me by my father:

My parents were living in Dartmouth, Mass. in 1932. My father lost his job pumping gas at the local station. This was in the time of “The Great Depression” that continued until the start of World War II in 1941. There was no such thing as social security at that time. No job meant no money to pay the rent and other expenses of life. They were evicted from their home and all their furniture was repossessed by creditors. Left with nothing, they approached my grandfather, William Margeson for help. Knowing that he had his “still property” in Mattapoisett, they asked if they could move onto the property for a temporary period until they could relocate elsewhere. It was at that time my father was told his dad no longer owned the property. He had sold it two years earlier to his brother-in-law, William Hulme when he needed extra money to fund family affairs. My father then turned to his uncle for help. An agreement was made for the purchase of the Mattapoisett property. Nothing on paper . . . just an agreement between my father and his Uncle Willie, as we called him. My father would pay $200 for the property. He would pay what he could, when he could. The deal was struck and my folks moved onto the property the following day, along with my sister Louise, aged 3 years and my brother George, aged six months. I would be born on the property one year later in June of 1933.

The house itself was a simple one-room affair, kitchen on one side, bedroom on the other, living space in the middle. No electricity, no running water. I remember little of my early childhood in the home and on the property, but I certainly remember the 1938 hurricane which was the cause of its destruction. The roof was totally gone and one side wall was laying on the ground, and the chimney was a pile of rubble. The barn, which was much stronger than the house, was completely intact and the bright, shiny object within was undamaged. The “shack out back” was never seen again. As fate would have it . . .the family moved from the property only three months prior in June of ’38. We relocated to an abandoned shack on the Morris Linhares Farm, a short distance to the Northwest and adjacent to “The Margeson Estate” as my mother referred to it, where we stayed until 1941. …Although the family had moved off of the original property, my folks continued to pay Uncle Willie what they could, when they could, until 1941 when the deed was transferred to my father.

I have an old photo album that once belonged to my mother that had pictures of the old place but over the years it has been plucked away by family members wanting a memory of their childhood. I, being the youngest of three in the hand-me-down category, am left with mere remnants of its original content.

I have attached a couple of photos taken on March 21, 1934 that have weathered the past 88 years.

It is good to be reminded that Mattapoisett wasn’t just a shipbuilding center, a summer community, or a home for retirees. It also had small farms and lands that provided a hearth and home for any families leading their own fulfilling lives. We are fortunate the Faron Margeson Preserve will honor one of those families for years to come. 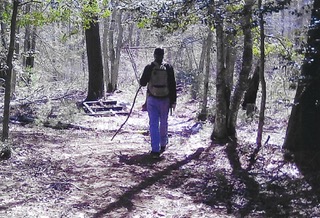 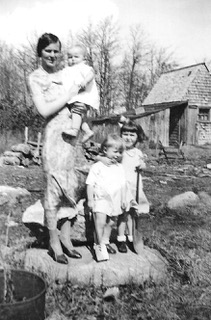 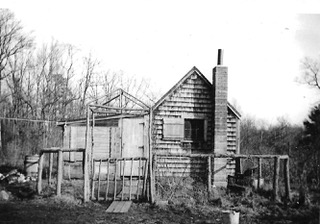