BRAD HATHAWAY WALKS “AROUND THE WORLD” FOR LAND PRESERVATION

In the year 1668, according to the Plymouth County Registry of Deeds, the land surrounding Aucoot Cove in Mattapoisett was sold by the Native Americans to a group of five colonists, among them Mayflower passenger John Cooke. Witnessing the deed was a man named Arthur Hathaway. More than four centuries later the Hathaway name lives on in Old Aucoot in the dynamic personage of 88-year-old Brad Hathaway, a direct descendant of both men.  A lifelong conservationist, Brad co-founded the Mattapoisett Land Trust (MLT) in 1974 along with David and Norma Hewitt, George Mock, and other like-minded citizens who grew concerned about the pace of development. “We looked into the future and we feared what the town might become,” Brad said.

So the MLT was incorporated and the campaign to conserve land in Mattapoisett began. Owing to their foresight and the efforts of many who have followed, the Mattapoisett Land Trust today protects more than 850 acres and the original colonists might even recognize some of the lands MLT holds.  But Brad’s desire to protect land continues and his ties to the Aucoot district remain unshakeable. In fact, he has now embarked on a fundraising effort to save more land by completing a walk he began more than thirty years ago with a distance equivalent to a journey around the world — 24,901 miles!

Brad’s walk began in 1988 when, after finding him at risk for heart disease and diabetes, a doctor advised Brad to get more exercise. As a result, he began to walk around Aucoot daily, weather permitting, covering at least three miles on most outings. Right from day one, in December 1988, he logged his miles. It’s been quite an odyssey but in 2020, 32 years later, the finish line is in sight. Brad has less than 66 miles remaining. The fact that he was diagnosed with Parkinson’s last December only added to the challenge but failed to deter his efforts.

To celebrate Brad’s lifetime of accomplishments, and his “walk around the world”, the Mattapoisett Land Trust will hold a celebration on Saturday October 3rd starting at 10 a.m. as Brad walks the final mile of his journey.  Please join us along Aucoot Road starting at the intersection with Bowman Road, and cheer Brad as he walks the last mile back to his home at 87 Aucoot Road.  Parking is available along Aucoot Road and at the Town Beach at Hiller’s Cove.  MLT will insist that everyone wear a mask and keep at least 10 foot separation between family groups.  Supporters can walk the last mile with Brad (masked and keeping a safe separation) or cheer Brad as he passes or crosses the finish line at 87 Aucoot Road.

All proceeds from Brad’s fundraising walk will be used by the Land Trust for land acquisitions in the Aucoot area so that we may add to the 425 acres of conservation land the MLT holds there presently (see  button below).  Donors may use the GoFundMe page found at the link below: 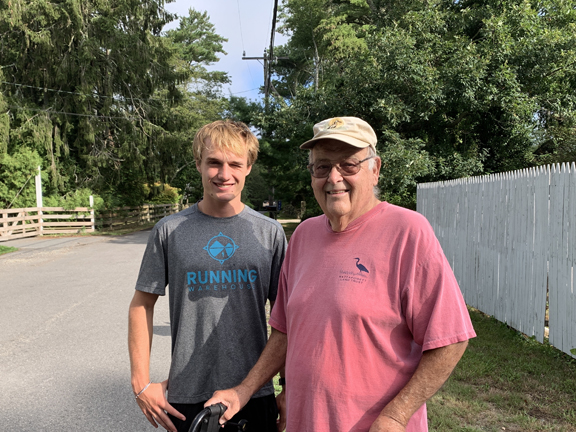 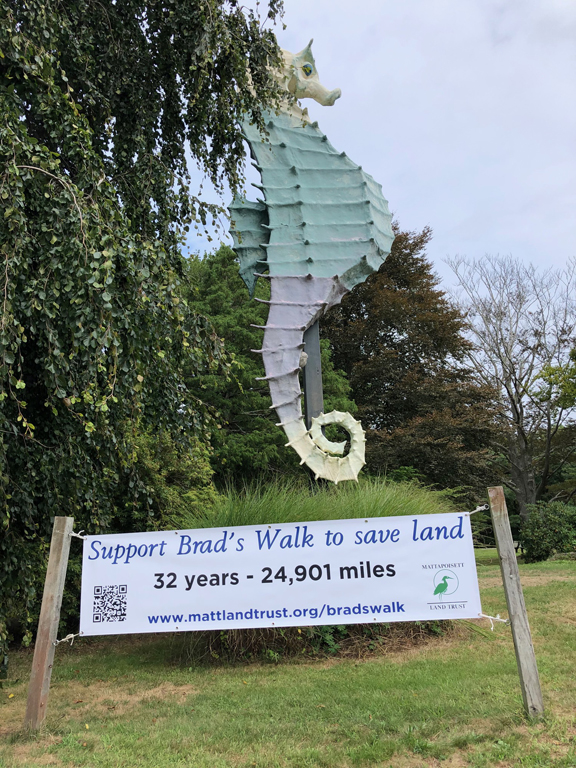 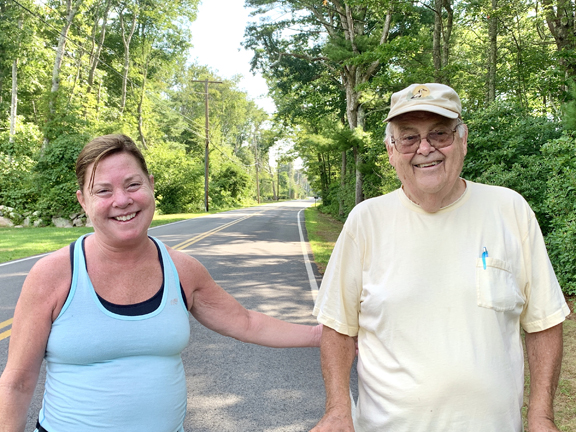 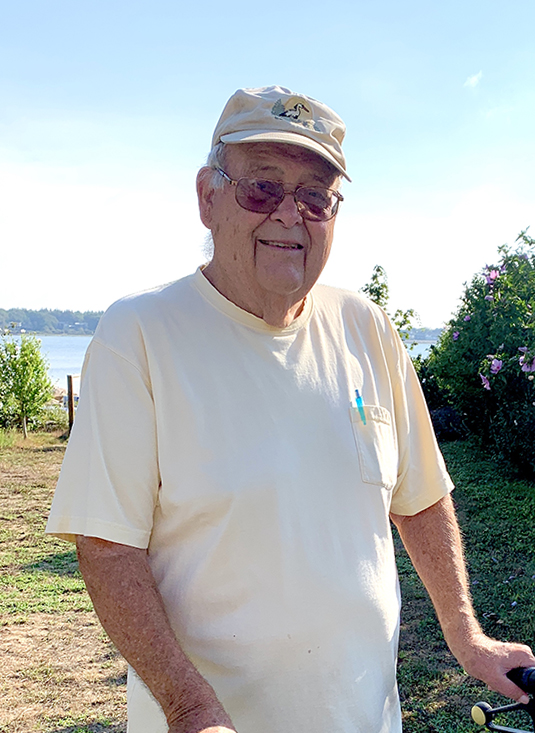 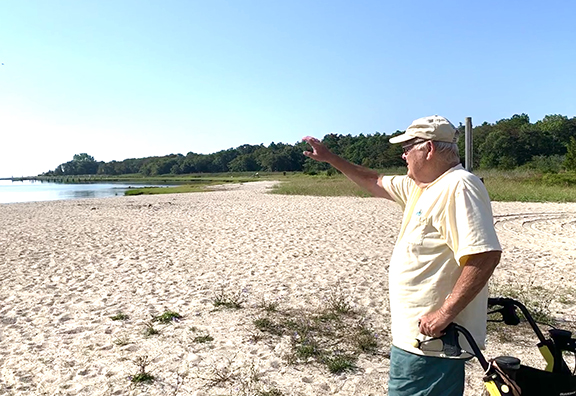 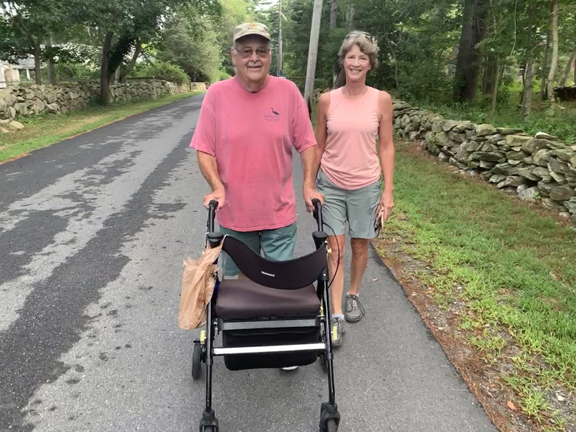 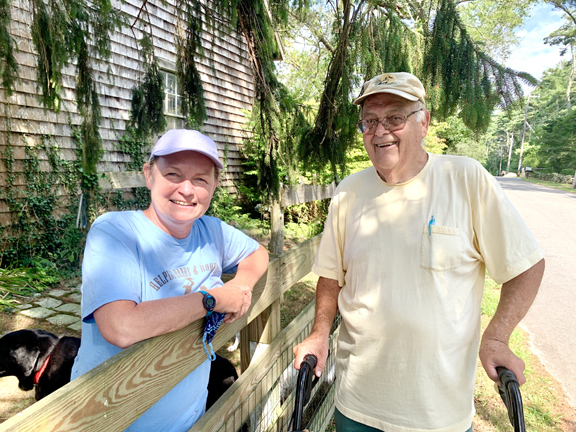 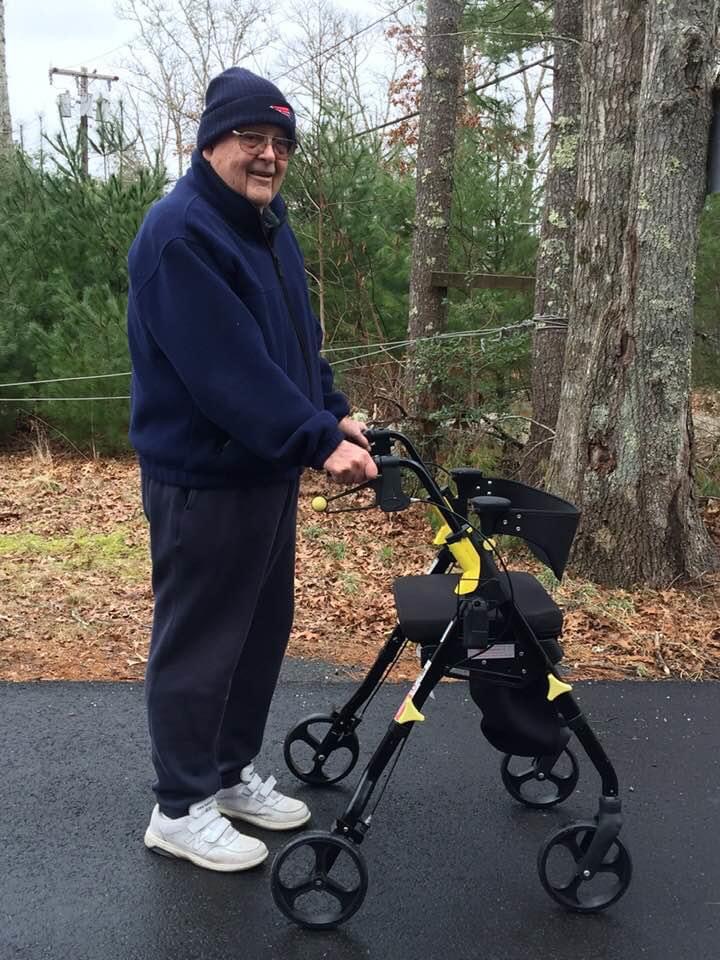 In case you prefer to support the Mattapoisett Land Trust offline, please download our Donor/Membership Form and mail it to PO Box 31, Mattapoisett, MA 02739.

Thank you for your interest and support.

STEPS TO DONATE STOCK TO THE MATTAPOISETT LAND TRUST Notify your security broker of the following:
To keep the land that you love the way that you love it, consider donating your land to the Mattapoisett Land Trust. We’ll take good care of it, forever, and you can enjoy the tax benefits now. Contact us for more information.
Want to leave a lasting gift for Mattapoisett? Consider a planned gift from your estate to the Mattapoisett Land Trust. Your gift can be restricted to a particular purpose, such as the purchase of property, and will be appreciated for generations. Please let us know if you would like to include MLT in your will.